The History of French Doors

French doors are a popular door design that features two separate hinged doors that are fitted opposite each other in the same door frame.

Once closed, the two sections meet at the center of the frame. Each section of the doors come with framed glass panes. 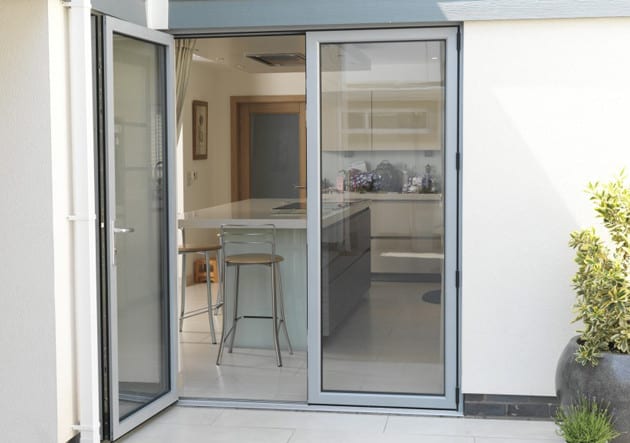 Depending on the style, the door may have several individual glass panes framed in muntins or a single framed glass pane.

You can either open a single section or both sections. When both sections are fully opened, you’ll have a wide doorway without a center post. Some of the main reasons that make

French doors popular is that they allow maximum sunlight into a space and allow for a wide, symmetrical opening, unlike sliding doors.

French doors make a great choice for installation in a balcony, patio, porch, or any other outdoor area. They’re also great for use as interior doors where visibility and light are more preferred over privacy.

You can take advantage of their wide opening to make an indoor space feel more spacious and give it a French style.

France experienced a period of war and animosity with Italy between 1949 and 1559. The war was popularly known as the Italian Wars or the Great Wars of Italy.

Among the innovations they took back home was a design of double windows and doors that featured open spaces, symmetry, and light.

In France, the Italian-inspired design of double windows and doors were mainly used as openings for balconies.

They allowed air and light to enter rooms that would be otherwise stuffy and dark. This was very useful before the invention of electric light, air conditioning, and fans.

These doors found their way to Britain throughout the 1600s. They later spread to the U.S and Australia. As a result of their spread from France to other countries, they developed the name French doors.

Although this term can be used in reference to any style of interior or exterior passage doors, Americans and Australians refer to French doors as doors comprising of two door sections with glass panes rather than double wooden doors.

Update your Home with Aluminium French Doors in Sydney

If you are interested in learning more about aluminium french doors in Sydney, please feel free to connect with our aluminium door specialists for a free consultation and quote. Visit https://aluminiumwindowsanddoors.net.au/french-doors-sydney/ for more information.