What Are Double Hung Windows?

Windows have names that are not necessarily meaningful. For instance, you can easily distinguish garage doors from sliding glass doors.

However, common window names such as single-hung, casement, and slider windows don’t tell us a lot about them, unless you already know their characteristics.

A good example is the term double hung windows. Not many people known the meaning of this term. In actual sense, the terms double-hung and single-hung describe some of the most popular traditional windows known in the construction industry. 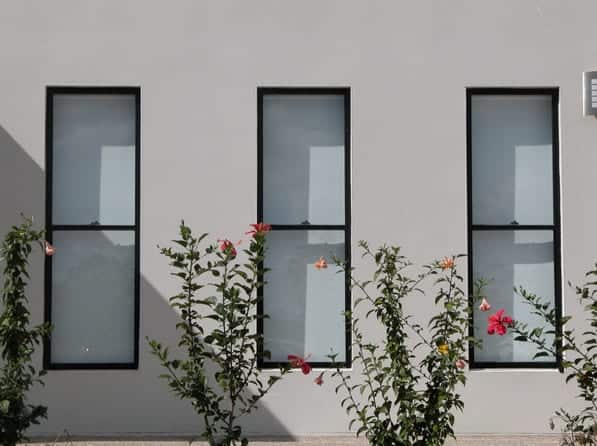 Here are some key details about the double-hung type of windows.

Both double-hung and single-hung type of windows features a traditional style. They’re rectangular and have several divided panes/lights in some designs.

Both types also feature a sash on the lower section that slides upward when opening the window. Their only difference is that in the single-hung style, the bottom sash slides upward while the upper window sash is permanently fixed.

The most traditional examples feature small panes that are installed in muntin bars. Others feature single-paned sashes while modern styles have rectangular panes separated by a horizontal muntin.

Before the invention of air conditioners that turn homes into refrigerated and sealed boxes, the indoors were kept cool by fresh air from the outdoors.

As such, double-hung were the more preferred type of windows than single-hung. This is because double-hung windows have a self-ventilating characteristic.

You can open both sashes to allow warm air in the indoor space to flow outdoors via the upper sash and allow fresh, cool air to flow from the outdoors into the indoors.

That way, air flows naturally through the process of convection. The single-hung style also allows for efficient airflow into and out of a room.

The Anatomy of Double-Hung Type of Windows

The two window sashes that come with these windows slide upward and downward along channels set at either side of the frame. The channels in older windows are made of wooden strips known as stops.

Extremely old versions have ropes connecting the sashes. The ropes run on pulleys set at the upper section of the window frame and extend further into pockets within the window frame.

They also extend to the weights supporting the sashes when opened and assist in counterbalancing the weights to make it easier to open and close the sashes.

Newer versions of these windows come with springs. The springs are set within the channels. The role of the springs is to support the window sashes.

The invention of vinyl window frames brought about a different kind of channel that makes it possible to tilt the sashes outward for easier window cleaning.

The design comes with channels on either side of the window sashes whereas the frame has tracks tensioned with springs.

Shortcomings of Double-Hung Type of Windows

Every type of window comes with its share of shortcomings. The most common problems with both old and new designs of double-hung kind of windows are associated with the operable sashes.

The problem that comes with movable parts is that keeping them tightly sealed to keep weather elements away while still allowing for effortless movement is quite difficult. With time, the window sashes may fail to seal properly.

Consequently, the windows will become drafty. Old wooden windows are especially prone to wood shrinkage, drying, and wear such that the sashes may rattle during high winds.

Weatherstripping also assists in sealing any spaces between the window sashes, the stops, and the area where the sashes meet. Drafts in newer windows are often caused by a damaged sash part or plastic frame.

Drafts also result from poorly fitting window sashes. Self-adhesive weather stripping may help to fix drafts in newer windows. If self-adhesive fails to fix the problem, you’d have to contact the window supplier for professional advice.

Drafty windows can also be as a result of air leakage through the frame. You can correct this problem by applying exterior caulk.

In some situations, you can insulate the interior trim. The best method to insulate the frame is using a non-expanding type of spray foam.

If the windows are not moving smoothly or they’re sticking, you can lubricate the channels to fix the issue or you may have to adjust the tension system.

Also, sashes that fail to stay open require tension adjustment.If the sashes have weights, and they’re not staying open, it’s likely that the ropes are broken. If so, replace the ropes.

Most of these window repairs are straightforward. Thus, you can repair them yourself upon understanding how double-hung windows operate.